In April, the U.S. Drought Monitor reported that every inch of California was experiencing at least some degree of drought, ranging from “moderate” to “exceptional.” The finding was a first in the program’s 15-year history of tracking such conditions in the Golden State.

Today, the Drought Monitor still shows California – from north to south and east to west 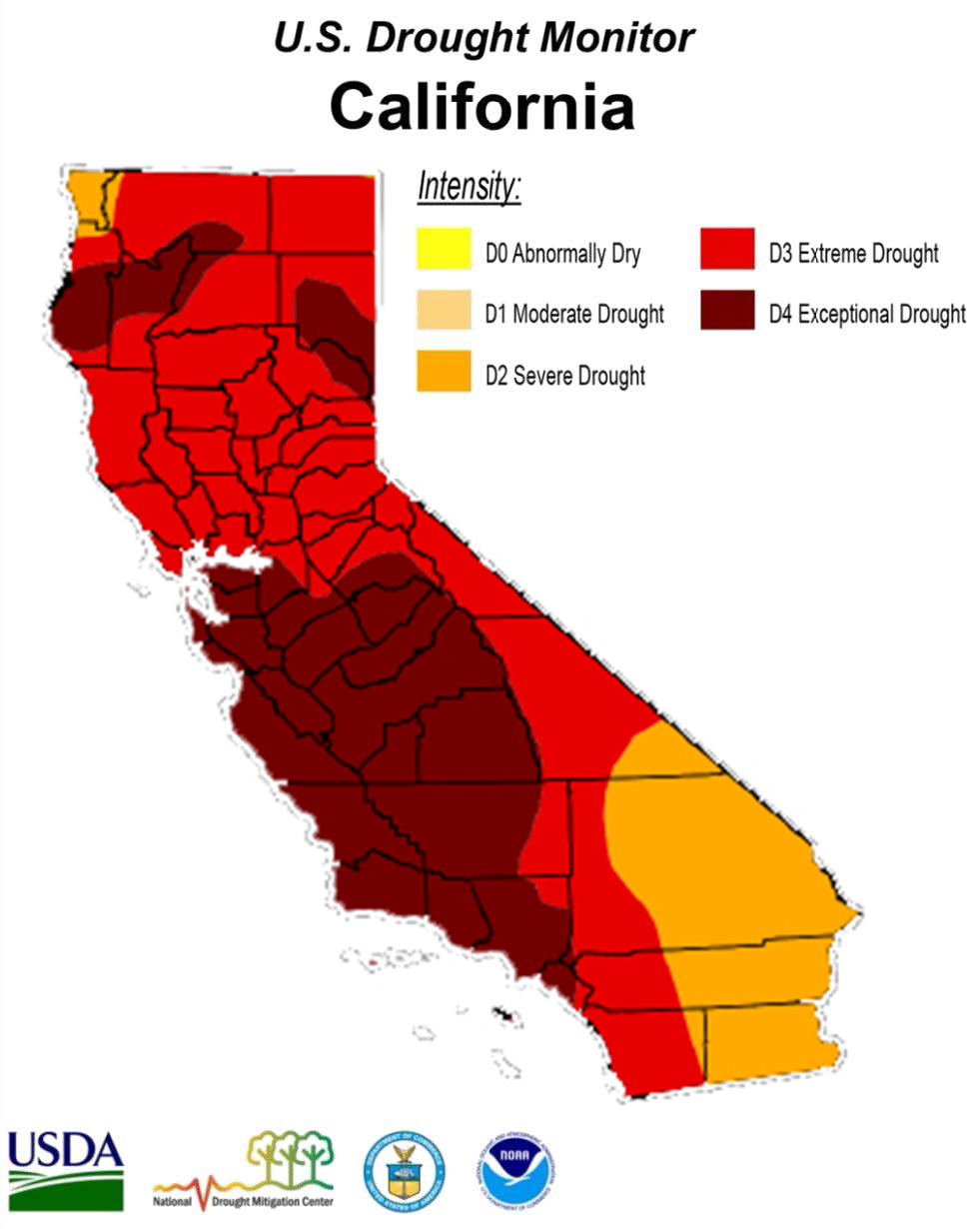 – in the throes of an extraordinary drought (see right). Unfortunately the map is a lot redder as of July 22, with nearly 82 percent of the state now experiencing “extreme” or “exceptional” drought conditions.

Hardest hit by drought is the highly productive Central Valley, home to a variety of world-class farming operations, including the vast majority of the state’s 1,496 family-owned dairies. Farmers are wrestling with tough planning decisions, such as which crops to grow, the number of acres to plant, expected crop yield and quantity, and simply whether there’s even enough water to put a crop in the ground.

A recent study released by the UC Davis Center for Watershed Sciences stresses the economic hardship in store for California’s economy, particularly the agricultural sector. According to the study, the 2014 drought will cost the state economy $2.2 billion, with $1.5 billion in direct costs to the agricultural community. That represents a net revenue loss of about 3 percent of the state’s total agricultural value.

Other key findings from the UC Davis study on the effects of the 2014 drought on California agriculture include:

Despite the grim water and economic outlook facing all Californians, dairy families are accustomed to doing more with less, having long been leaders in water conservation, efficiency and recycling. Dairy families have steadily and dramatically reduced the amount of water they use to produce each gallon of milk. In fact, dairy farmers have reduced the overall water footprint of a glass of milk by 65 percent since 1944. In other words, producing a glass of milk today uses about a third of the water it did during the Franklin Roosevelt administration. (Source: Capper, et al. (2009). Journal of Animal Science.)

California dairy families are working to be water-wise, and recognize that water is a precious, finite resource to be used responsibly. As millions of families continue to enjoy affordable, nutritious and delicious dairy foods, they can do so with confidence that the family farmers producing these products are making every effort to conserve, recycle and protect the water resources upon which we all depend.

Click Here for a pdf version of this article.