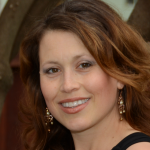 The unfolding story of milkfats may turn out to be one of looking into the heart of an enemy and finding instead a powerful friend. Research recently conducted by Drs. Jennifer Smilowitz and Angela Zivkovic and colleagues at UC Davis, explored how the complex structure of dairy fat—including long reviled saturated fatty acids (SFAs) and cholesterol—may actually help with reducing harmful inflammation in the period following a meal (postprandial period), which is a common cause for cardiovascular disease (CVD).

Dr. Gonca Pasin, Executive Director of California Dairy Research Foundation (CDRF), said, “For over 30 years, nutritional recommendations have focused on SFAs, implicating them in CVD. The implied corollary to nutritional recommendations was of course that because dairy products contain SFAs, we should eat less of them, or eat lower-fat versions.” But, she points out, Dr. Smilowitz and colleague’s work may actually suggest a different story.

Dr. Smilowitz and colleagues hypothesized that the unique globular membrane—the chemical wrapper around the outside of non-homogenized milk fat may actually be protective against inflammation. This wrapper contains protective proteins and fats found on the membranes of the cells that make milk. Chronic inflammation can lead to heart disease, arthritis and a number of other health conditions. Saturated fats have long been flagged as unhealthy for their contributions to heart disease as well, and foods that are high in such fats—like milk—often can share in the bad rap. But Dr. Smilowitz and colleagues wondered if in fact the complex structure that carries the saturated fat, rather than just being saturated fat in general, related to the impact that the saturated fat might have on the body. “We know that glucose, or simple sugar, causes rapid and large spikes in blood sugar levels when consumed in carbohydrates structurally-simple like white bread, but much slower and smaller increases when consumed in carbohydrates structurally complex,” she explained. “This difference is due to the complex structure of the grain, which is maintained in whole grains but removed from white flour. Also the membrane’s protective proteins and other lipids have been shown to reduce inflammation in cells and animals.” Could the same be true for saturated fats?

In order to test if the complex structure of milk fat actually reduces inflammation after it is consumed, Dr. Smilowitz and her team constructed a randomized controlled cross over trial. She selected people who were obese or had 2 or more symptoms of metabolic syndrome, including high blood pressure, large waistlines; high fasting blood glucose, triglycerides or low HDL cholesterol (the good kind). People who are obese or have metabolic syndrome tend to have much higher levels of chronic inflammation than the average population. She then randomized the order in which each study participant consumed the four different liquid test meals on separate days. Each test meal was identical in protein, calories, fats and carbohydrates but differed in the structure and source of the saturated fat. The fat that made up each liquid test meal was whipped cream, whipped cream with the addition of a buttermilk-product that contained the globular membrane, palm oil, and palm oil with the addition of a buttermilk-product that contained the globular membrane. “Just like a mechanic test drives the car to achieve an accurate diagnoses, we wanted to feed people a meal and see what actually happened during real digestion, absorption and metabolism after it is consumed”, she explained. She then measured molecules in blood that increase during inflammation in each volunteer, after consuming the meal. The data is currently being analyzed and will soon be published.

The Power of Milk

Dr. Smilowitz’s Ph.D. research on HDL functionality in response to dairy fat consumption was supported by CDRF and contributed to the advancement of a better and more nuanced understanding of saturated fats. It also launched her career’s focus. “After that project, I became fascinated by milk, and its effects on metabolic health,” she said.

One of her areas of exploration is in human lactation and the impact of milk macronutrient composition on the health of neonates. Premature babies have higher rates of a deadly intestinal condition called necrotizing enterocolitis (NEC) than do full-term babies. Pre-term babies have incredibly high-energy needs because they still have so much growing to do, but they can only tolerate tiny amounts of food. If the infants do not receive enough nutrients and grow at expected rates, they can suffer serious neurological development problems. Because of this, the mother’s milk is often fortified with additional nutrients. However, rates of NEC are highest with supplemented milk, medium if the infant receives donor human milk, and lowest if the infant gets its mother’s milk. One of the reasons for these challenges may be that while doctors have had to assume that all mothers’ milk contains 20 kilocalories per ounce and is all nutritionally the same, in fact human pre-term milk is highly variable; when supplementing mothers’ milk, doctors have had no way of knowing if they are supplementing too much or too little. To help solve this problem, Dr. Smilowitz worked with Dr. Mark Underwood, the Chief of Neonatology at UC Davis Medical Center to validate a milk analyzer for neonatal intensive care units, so doctors can personalize milk for the baby by measuring its mother’s milk before and after supplementation. “Of course, we need to make sure it works properly on human milk, so we validated it on lots of human samples,” Dr. Smilowitz said. The work has been published in the Journal of Human Lactation in 2014.

“There are so many areas where the biological structure of milk and its components matters, and that’s what I’m working on,” she said. “My CDRF project built the cornerstone of all my research so far. I don’t think I would have been successful in my original research without it. In fact, my research would not exist without CDRF. I’m very grateful for all the opportunities they offered.”
Dr. Pasin added, “Dr. Smilowitz’s work contributed to the body of reliable scientific evidence regarding the benefits of milkfat’s saturated fatty acids. Today the long-held view that SFAs in milkfat intake increases CVD risk is not only loosing steam, it may be reversing course. The evidence of a favorable relationship between dairy foods and CVD risk is strengthening, yet clear understanding of the mechanisms of action is still emerging. As such,” Dr. Pasin concluded, “more research is needed to determine how the results observed from the controlled clinical trials on dairy and cardiovascular biomarkers relates to everyday eating plans and long-term health outcomes.”