CDFA’s Dairy Digester Research and Development Program provides up to 50 percent of the total cost of each project, not to exceed $3 million for a single project. The effort is designed to incentivize and expand the number of operating dairy digesters in California. Recipients of this year’s grants have pledged an estimated $18.9 million in matching funds.

“These projects demonstrate a commitment by California to support efforts by dairy farmers to fight climate change by reducing greenhouse gases from the agriculture sector,” CDFA Secretary Karen Ross said. “This is definitely a win-win for agriculture: Cutting methane emissions and improving the environment while also generating revenue from renewable bioenergy.”

Active public discussion and effort toward building more dairy digesters is fueled by the hope of both environmental and economic returns, reducing environmental impacts while creating renewable energy and a new, sustainable source of revenue for family farmers.

Digesters capture biogas, which comes from manure as it decomposes. By storing dairy manure in special containment ponds or tanks, manure biogas, much like natural gas, can be captured and used to generate electricity, or as a clean vehicle fuel replacing diesel.

The potential for dairies to be part of California’s green energy future is largely untapped, with more than a dozen biogas digester projects on dairies throughout California – about 1 percent of the state’s total dairies. With the addition of the five new digester projects set to receive CDFA funding, the amount of clean, green, renewable energy generated on California dairies will increase significantly.

The California dairy community remains optimistic about the potential to develop more cost-effective, environmentally friendly dairy digesters in our state. With continued effort and the right economics, more California dairy families will be adding green energy to the list of dairy products they already produce for millions of families in our state, nation and world. 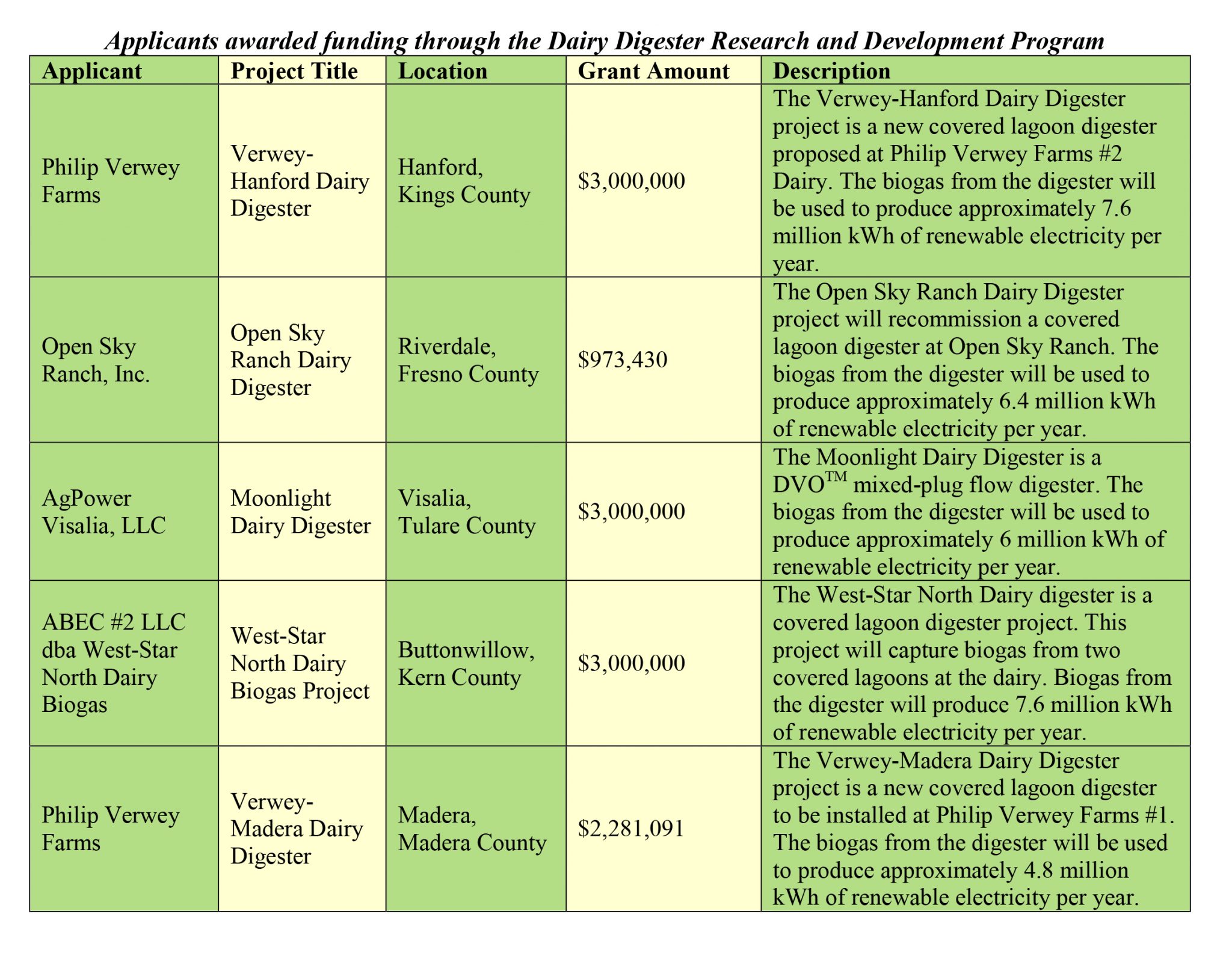