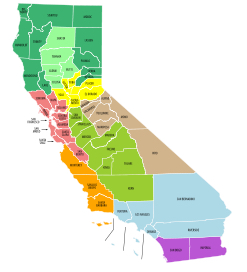 After a staff presentation on the State’s proposed Short-Lived Climate Pollution Reduction Strategy (SLCP) on May 19th, members of the California Air Resources Board (ARB) heard from numerous dairy and other representatives who were highly critical of the unrealistic dairy methane-reduction targets and looming regulatory regime in the proposal.

The procession of comments actually began with no less than CDFA Secretary Karen Ross, who told the Board that the proposed 75 percent methane-reduction target “scares me.” She noted that California dairies have long been leaders in innovation and production efficiency, but also that the past few years have been very challenging for our dairies due to market conditions.

The likely “leakage” of both dairies and GHG-emissions to other states proved to be another common criticism, with speakers noting that the substantial drop in the number of dairies in California over the last decade could turn into a mass exodus under the SLCP proposal mandates.

Indeed, a recently released study funded by ARB indicates that this could be a probable outcome. Focusing on California’s food-processing industry, the study’s authors found that the state’s cap-and-trade program “results in substantial market transfer of production from California’s food processing industries to food processors that produce in unregulated regions.” In addition, these regulatory compliance costs “could cause both farmers and processors to co-locate” to these regions. The report noted that the dairy-product manufacturing industry is the state’s largest processing subsector in total value.

The biggest issue of all invokes a memorable cinematic line: “Show me the money!” The current state budget proposal includes minimal funding for dairy methane reduction projects. The Governor has proposed just $35 million for these projects, far less than the $500 million that CDFA believes is needed to help the industry reach the daunting reduction targets. Moreover, the cost of infrastructure, including the cost of injecting biomethane into gas pipelines, is daunting due to, among other things, the often-distant proximity of dairies to those pipelines. These are significant hurdles if substantial methane-reduction projects are needed to meet the proposed reductions goal.

The bottom line: dairy methane-reduction projects can provide a great return on investment in reducing GHGs. However, the up-front investment needed to generate that return is considerable and, without major state funding, virtually impossible to achieve on a significant scale. The Board did agree that a more in-depth economic analysis is needed prior to any vote on the issue.

California already has a competitive, low-carbon dairy industry that serves as a “model for the world.” It can improve further, no doubt, as demonstrated by our dairy families’ ongoing commitment to sustainable practices. How ARB chooses to proceed will determine the outcome. If the Board wisely pursues an incentive-based approach – that realistically meets identified funding needs – then significant GHG and criteria pollutant benefits can be achieved. On the other hand, if ARB chooses onerous and convoluted regulations, the likely result is higher global-methane emissions and far fewer Valley jobs as dairies move to unregulated states, and thereby exacerbating the Valley’s already-high unemployment and poverty.

As the ARB continues to work on finalizing a strategy, the funding and climate-change policy discussion will be front and center in the legislature as policymakers forge the state budget and consider extending the state’s GHG-reduction programs. The moderate Democrats in the State Assembly are increasingly skeptical about the economic implications and effectiveness of aggressive GHG-reduction policies such as the SLCP Reduction Strategy. The debate over the next three months will surely be spirited and hopefully realistic.