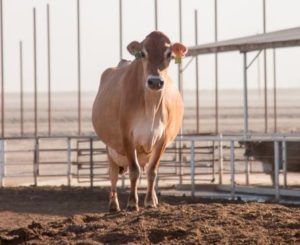 In the final weeks of the legislative session, California lawmakers passed major climate change measures, including Senate Bill 32 (Pavley), which extends the state’s greenhouse gas (GHG) emissions reduction target from achieving 1990 emission levels by 2020 to reducing 40 percent below 1990 levels by 2030.

The fate of the other big climate change bill, SB 1383 (Lara), which seeks to aggressively reduce a subset of GHGs known as “short-lived climate pollutants, was decided on the final night of the session when it narrowly passed both the Assembly and Senate, and only after a compromise was reached with dairy producers and the waste management industry. SB 1383 was amended the night before to limit the amount of methane emission reductions from dairy manure management to 40 percent less than 2013 levels, not 75 percent as the Air Resources Board (ARB) has proposed. Legislators also eliminated the highly controversial enteric emission (cattle flatulence and belching) reduction requirements altogether, unless both ARB and the California Department of Food and Agriculture (CDFA) agree that there’s a proven way to reduce such emissions.

The legislative amendments require ARB to ensure that any “regulations are economically feasible” and provide adequate incentive funding to encourage project development. Moreover, ARB cannot implement regulations until or after January 1, 2024.

California’s dairy farming families and their counterparts throughout the U.S. already have a tremendous track record of reducing greenhouse gas emissions. Dairy farmers have significantly reduced the carbon “hoofprint” of a glass of milk through the innovative use of new technologies. A major study by the UN’s Food and Agriculture Organization showed that North America – led by the U.S., but also including Canada, Greenland, and Bermuda — has the lowest carbon footprint per unit of milk produced in the world.

Further reductions contemplated by state regulators, particularly on the aggressive schedule called for under SB 1383, will be far more costly and difficult to obtain for California’s dairy families. Equally important, the state’s targets for dairy manure methane emissions are not just the most ambitious in the nation, but the only such requirements being placed on dairy farmers anywhere in the world.

As Governor Brown noted at last year’s Paris Climate-Change Conference, “Climate change is not limited to the borders of California” and actions by California alone “won’t even make a dent.” ARB needs to take note of the Governor’s point and work with, not against, California’s dairy farm families. Only then can California hope to set an example that other states and countries will seek to replicate.

A pdf of this newsletter is available here