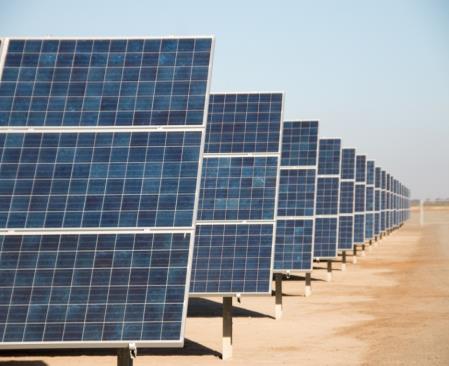 Dairy sustainability is taking root across the Golden State in many ways. Increasing utilization of solar energy on dairy farms is definitely at the forefront of this trend and reflects the long-term commitment of dairy families to sustainable practices.

Solar utilization has taken hold in the San Joaquin Valley in particular. Tulare County, by far the biggest milk-producing county in the nation, is a showcase of solar’s synergy with the state’s dairy sector. Records from the county’s Resource Management Agency show that over the past few years 35 solar projects were permitted for dairy farms, and the average energy capacity of these systems was almost one megawatt (MW) per project. According to the U.S. Environmental Protection Agency, on an annual basis, a single project this size will offset the equivalent of greenhouse gas (GHG) emissions from 297 passenger vehicles driven for one year or 446 tons of waste recycled instead of landfilled. (See the chart below for the total annual offset impact in Tulare County.) Solar utilization also reduces criteria air pollutants such as NOx and particulate matter.

In neighboring Kings County, seven dairy solar projects totaling close to eight MWs in capacity were permitted in the first seven months of 2016 alone. In September, Joseph Gallo Farms (JGF) in Merced County unveiled a two MW solar system with 7,860 panels that meets about half of the farm’s electricity demand. Combined with the dairy methane digester that JGF has been using for 13 years to power most of its cheese plant operations, the large solar assembly is a key part of JGF’s quest to dramatically minimize the use of fossil-fuel based energy.

The 35 solar projects in Tulare County annually reduce CO2 emissions by the equivalent of:

The San Joaquin Valley is ideally suited for solar power. A NASA study found that the counties in the Valley received more sunshine than 98 percent of the nation’s 3,111 counties in the 48 contiguous states. It’s no surprise that the 2016 California Green Innovation Index, produced annually by the non-profit group Next 10, found that the Valley and equally sun-drenched Inland Empire were driving solar growth in the state. Of the 26 metropolitan areas assessed in the Index, the Hanford-Corcoran region in Kings County led the state in nonresidential solar capacity on a per-capita basis. Of the 17 MWs of nonresidential solar installed in the county since the beginning of 2015, 14 of those MWs are from solar systems on dairy farms according to county records.

Hanford dairy farmer Brian Medeiros installed a 1.1 MW solar system on his family’s dairy in 2015. “Our whole idea was let’s make ourselves more sustainable,” he stated. In addition, Medeiros noted that “it’s part of our business that I can say I know I’m getting a return on” due to the cost benefits.

These projects will also help achieve the state’s ambitious renewable energy and climate-change goals. Those goals have of course created challenges for dairies and other businesses across the state. But “going solar,” as The Hanford Sentinel noted in 2015, “is part of a trend of expansion of the solar power industry,” and “dairies have jumped on board in a big way.” In doing so, California dairies are improving their bottom line and the environment, sustaining their farms and communities and setting yet another example of good stewardship that is a cornerstone of their legacy.