It is with deep sadness that we announce the passing of the California Dairy Research Foundation (CDRF) Executive Director, Dr. Gonca Pasin.

Gonca passed away in February, after fighting a serious illness, with her sisters and nieces by her side. Her family was the foundation that inspired and fueled her drive to make a difference in the world–and that she did. She was trusted, determined, and successful. She was an unstoppable force. 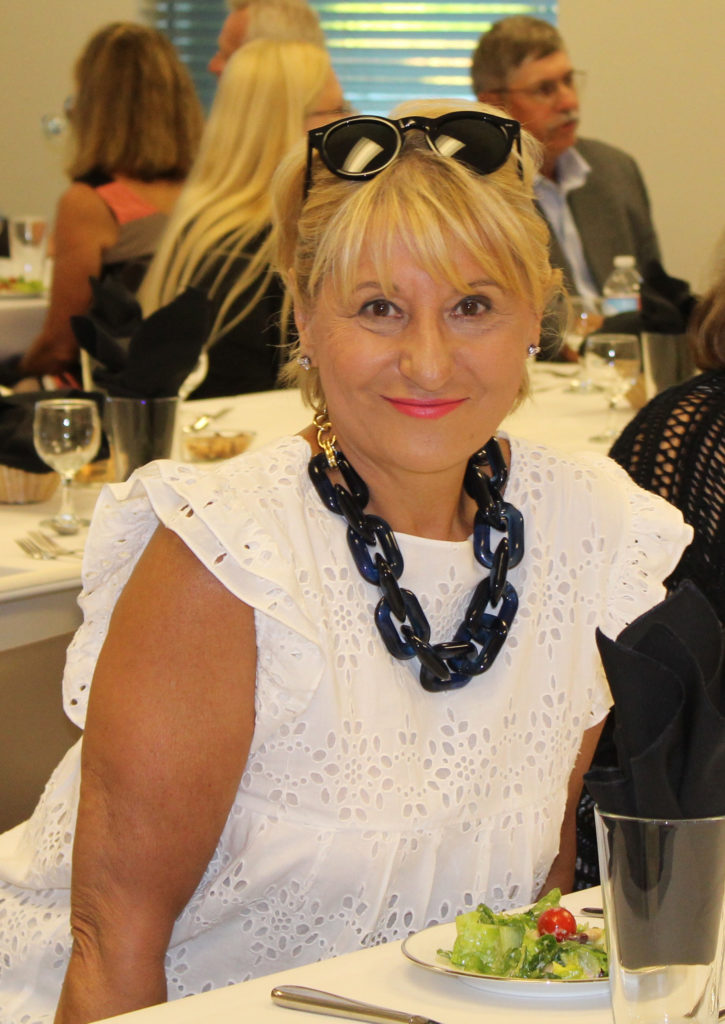 How she got here

While a professor of Food Engineering, Gonca’s adventurous personality got the best of her when an opportunity to teach, research and travel came along. In February 1987 she made the decision to come to the U.S. for a six-month sabbatical as a Visiting Fulbright Professor at the University of California, Davis. Six months turned into two years, which then turned into 30.

Gonca taught and performed research at UC Davis for seven years, taking great pride in mentoring graduate students. And though she would eventually hold a patent for her work at the UC, she had greater ambitions of accomplishing something even bigger and better to make a difference in the food industry. That determination drove her to pursue a career in strategic consulting, where she was founder and President of the Pasin Business Consulting Group for more than 17 years. As a consultant she focused on projects designed to bridge the gap between industry and science.

Always up for a challenge

In January 2007, then-CDRF Executive Director Joe O’Donnell retained Gonca (through her consultancy group) as the strategic coordinator for the International Milk Genomics Consortium, which is managed by CDRF. This was the beginning of a life-changing turn of events for both Gonca and CDRF. Over the next several years she would be hired to evaluate, manage and consult on many projects for CDRF, including working on its strategic planning and analysis. When O’Donnell retired at the end of 2011, the CDRF Board appointed Gonca as interim executive director. Within a month, it was apparent that not only was she well-qualified for this position, she also shared the Board’s vision to “lead and deliver the best research and science-based educational programs to support an innovative and sustainable California and U.S. dairy industry.”

Gonca accepted the role of executive director in February 2012, bringing a renewed passion for CDRF’s research and education support of the California dairy industry. She led the Foundation through a major restructuring, taking it in a new direction devoted to addressing the increasing scrutiny and challenges facing the industry. Gonca knew that communication of science was an important part of the scientific progress. She was a true champion of bridging the gap between industry and academics, seeking truth through scientific research and change through education.

As executive director of CDRF, Gonca was a loud voice for science and its universal value to the entire agricultural enterprise and the health of the population. She accepted the responsibility of managing California dairy farmer’s check-off dollars to support research and education with great care and respect for their work.

Gonca was passionate about science and the pursuit of the highest quality research possible to support dairy nutrition, innovation and long-term sustainability; creating and leading programs designed to scientifically validate the positive progress and great lengths to which the California dairy farmer goes to protect the environment, their animals, and the delivery of safe, nutritious products. Her legacy includes a dairy research portfolio with a wide breadth and depth that continues to provide innovation for the dairy industry and a path to future research.

On a personal note

Gonca had a great affection for water—she would make swimming a priority (whether in the ocean or a lane at the local pool), she loved to snorkel and sail, and sprinkle her own large garden at home. Her green thumb produced all types of fresh fruits and vegetables that she loved to experiment with while cooking for friends and family. (She was, after all, a scientist.) She loved to travel, tell grand stories, and share great food and conversation with friends, colleagues, students and new associates. Her child-like curiosity and excitement about the world and other people was contagious.

When Gonca first came to Davis some 30 years ago, it was with the attitude, “I can always go home.”

Though she called Davis home for many years and the dairy industry had become part of her family, today, she is truly back home–in Turkey where her family plans a private memorial on a favorite, often-visited beach.

Donations and contributions: Gonca did not have a specific charity or organization that she wanted others to support, but she hoped that if her friends and colleagues were driven to support and share her memory with an organization, that it be one that directly helps children or women in crisis.