In April, Tipton dairy farmer Frank Mendonsa discovered he had some new neighbors taking up residence in a field next to his dairy in Tipton, California. Two large colonies of Tricolored Blackbirds, about 15,000 total, settled on 80 acres of triticale wheat he was growing to feed his cows.

“When the birds first appeared on my property this spring, I didn’t know what kind they were,” said Mendonsa. “Once it was pointed out to me how few of these birds are left in the world and how many were on my property, I was very moved.” 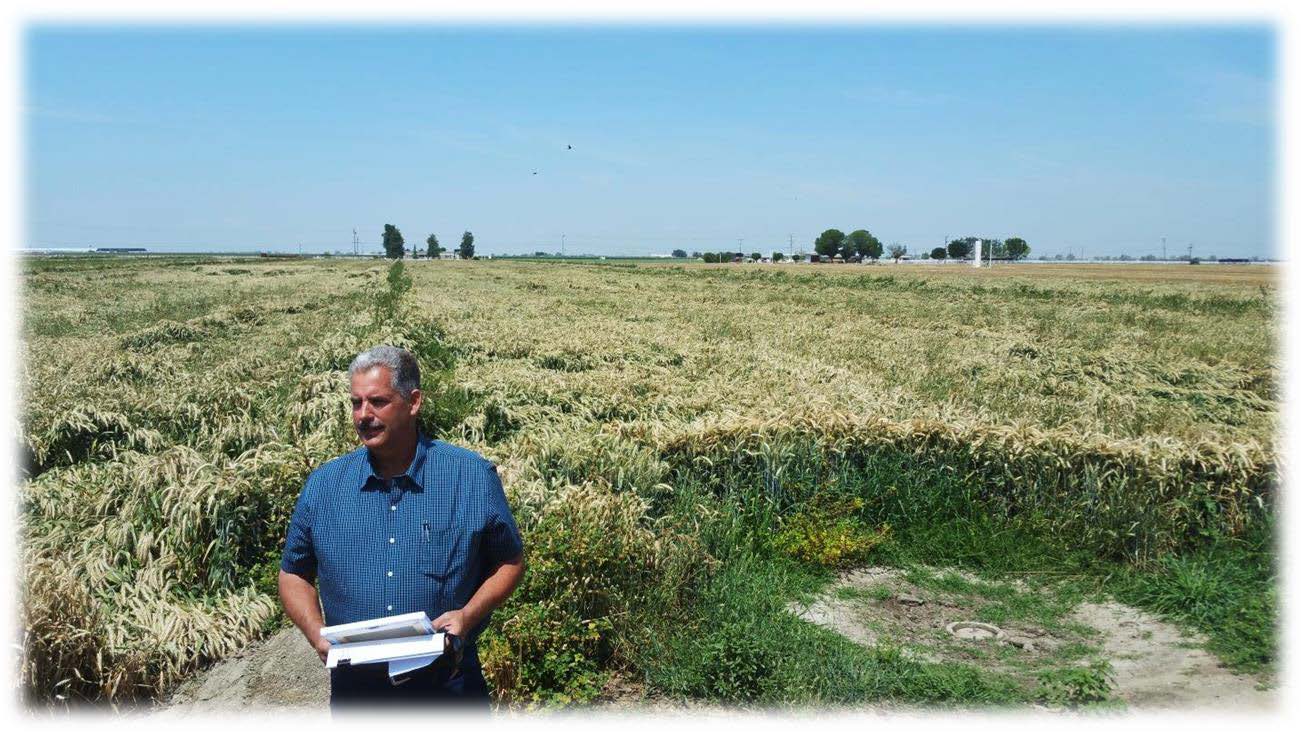 Dairy Farmer Frank Mendonsa educates the public about his efforts to protect the Tricolored Blackbirds.

According to researchers at the University of California, Davis, today’s total population of Tricolored Blackbirds is about 145,000 birds, almost all which live in California. The population is just a fraction of what it was before the Gold Rush and the burgeoning urban and agricultural development that has characterized California’s history since. Today’s remaining population of birds live mostly in the relatively rural agricultural landscape of the Central Valley.

For Mendonsa, who also serves as president of Western United Dairymen, learning that as many as 10 percent of the bird’s entire population was nesting on his farm was impactful.

“I could see how much they needed my help and protection to build back their populations, so I took it upon myself to ensure their safety on this farm,” he said. “I decided to delay harvest of my crop so the birds could nest and safely fledge their young.”

Delaying harvest for Mendonsa means that much of the feed value for his cows is reduced as the crop dries in the field waiting for young blackbirds to fledge. And planting of the next crop is delayed, increasing the chance of reduced yields or even crop losses in the next harvest. Fortunately, the U.S. Department of Agriculture’s Natural Resources Conservation Service offers a voluntary reimbursement program for farmers who decide to delay harvest for nesting Tricolored Blackbirds. More information about the program is available here.

California’s natural wetlands once provided nearly all of the habitat and nesting sites for Tricolored Blackbirds. In recent decades, the birds have adapted to other areas, including fields of winter cereals, which offer cover for nests and are often near other sources of food, such as insects and even grain stockpiles for cattle.

Efforts are being made by many groups to develop safe habitat for Tricolored Blackbirds, but Mendonsa knows that it will take a sustained, long-term effort to improve natural nesting habitat for the birds so they will not have to depend on farmers’ fields in the future.

“Groups, such as Audubon California, California Farm Bureau Federation, Dairy Cares, Sustainable Conservation and Western United Dairymen, are working in partnership to improve the situation for Tricolored Blackbirds,” he said. “As dairy farmer, I want to see these birds thrive.”