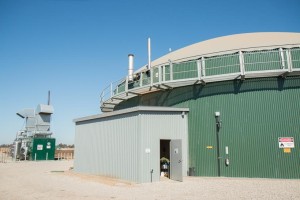 Agriculture has long been a partnership between man and nature, and that partnership has flourished in California. The state’s dairy farmers take great pride in the sustainable practices they have cultivated and their special relationship to their land and cows. Sustainable dairy farming has been a family affair for generations in California as chronicled in the most recent Dairy Cares Sustainability Report, which is available here.

These practices have resulted in dairy farmers in the Golden State in recent years receiving prestigious environmental awards, including the California Leopold Conservation Award, U.S. EPA Environmental Award, and the Governor’s Environmental and Economic Leadership Award.

Governor Jerry Brown last year declared that, “The hard work of California’s 1,438 dairy families has made them leaders in the field,” and that the “landscape, economy, health and nutrition of California would not be the same without our dairy farms.”

Livestock manure helped revolutionize American agricultural productivity as a soil nutrient in the 19th century, and now it is being looked at as a potential source of green, renewable energy. Manure breakdown produces methane. Utilizing manure in anaerobic digesters to produce renewable “biomethane” could yield multiple benefits. Specifically, using biomethane in place of diesel fuel in heavy-duty vehicles that travel the state’s busy highways will help clean the state’s air and reduce the state’s GHG emissions – in addition to creating jobs. California’s dairy industry continues to work closely with state agencies on a strategic plan to significantly increase the use of methane digesters.

Dairy families in California have also worked diligently with regulators to protect water quality, and since 2007 have operated under the nation’s strictest and most comprehensive water regulations for dairies. In meeting these new stringent standards, dairy families have improved water supply protection and have invested more than $20 million annually in water quality improvements since adoption of these new regulations.

As Dairy Cares Chairman Chuck Ahlem noted, “Year in and year out, California dairy farmers are demonstrating that they can continually improve environmental stewardship while meeting the nutritional needs of a growing population.”

That growing population is, of course, not confined to California or the U.S. Indeed, the population has grown much faster in the developing world, along with its taste for dairy and other livestock products, particularly in south Asia. Researchers at the University of California, Davis, have found that California’s GHG “hoofprint” for each gallon of milk produced is far lower than the GHG emissions from milk production in the developing world – in some cases as much as nine times lower.

Through wider adoption of existing best management practices, such as those used here in California, dairy farmers around the world can achieve greater production efficiencies and lower emissions per gallon of milk. California dairy farmers, therefore, are not only key stakeholders in the preservation of our great state, they are exemplars for best practices that can be utilized globally. Agriculture continues to be the most important ecological endeavor in our partnership with nature, and that’s a partnership we all have an invaluable stake in.