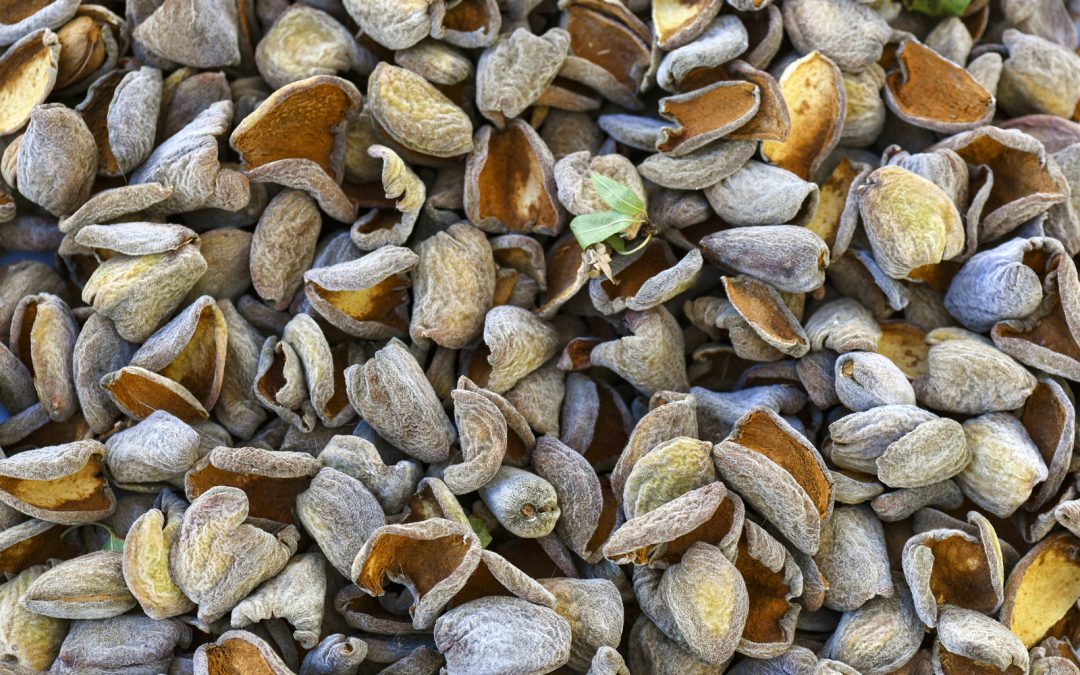 To comprehensively assess byproduct usage in the state, and to quantify the economic and environmental costs and benefits of using byproducts as feeds in California dairy rations.

Dairy is California’s largest farm commodity by revenue, generating around $7 billion in value. Dairy feed rations represent more than half of the cost of milk. California has approximately 1.7 million dairy cows, the highest number of any U.S. state. The majority (90%) of those cows are located in the Central Valley. These dairies are surrounded by millions of acres of nuts, fruits, vegetables, and cotton, which are often processed locally.

Byproducts from the production of these crops are then used, with minimal processing and transportation costs, to feed dairy cows. Using these byproducts to feed cows not only benefits the California dairy industry, but also benefits other agricultural industries in California (and in North America more broadly) by helping them to reduce their economic and environmental impacts. Without dairy use as feed, these industries would need to find alternative (and likely less environmentally friendly) outlets for dealing with their byproducts.

The research explored the symbiotic relationship between California dairies and local crop producers that substantially reduces the waste from both industries and saves land and water resources for food production.

From almond hulls to winegrape pomace, use of agricultural byproducts in California dairy rations help keep dairies and crops financially viable while reducing waste and water use.

Results of the authors’ 2019 survey of California dairies showed that 95% of respondents used byproducts in feed and more than 70 distinct byproducts, most of which are produced in California are used in dairy rations. California dairies feed cows a huge range of products, including items like carrots, grape pomace, and brewers’ spent grains.

With a ration share of approximately 38% of feed on California dairies, byproducts were found to be the largest feed category by cost and dry matter share, exceeding shares of silage, hay, or grains. Almond hulls (3.5%), canola meal (8%), cottonseed (6%), and distiller grains (4.5%) are the top four major byproduct feeds as measured by dry matter. California-produced byproducts dominated the list of feeds and make up the majority of the byproduct dry matter in the state.

About 95% of the 2.55 million tons of California almond hulls are used as dairy feed, and if they were not available, milk production could fall by about 2%. Other crops such as cotton, with 20% of its revenue generated through sales of cottonseed for dairy feed, would suffer if dairies were not able to buy these byproducts.

Benefits of the close relationship between dairies, crop industries and processors are not only economic. For many crops, other uses of byproducts require additional processing and transportation, increasing the cost, resource use, and carbon footprint. Byproducts without alternative uses would be wasted and likely would end up in landfills, adding to methane emissions.

A key benefit of byproduct use in dairy feeds in California is the reduced environmental and resource pressures on crop land and irrigation water in the San Joaquin Valley. If byproducts were not available for use as feeds, then thousands of additional acres of crops would need to be produced, causing significantly more stress on California’s natural resources, especially groundwater.

The overall findings showed that the inclusion of byproducts in dairy rations also allows a productive outlet for many materials that may otherwise be sent into the waste stream.

THIS STUDY WAS FUNDED THROUGH CHECK-OFF DOLLARS (CALIFORNIA DAIRY PRODUCERS), APPROVED BY THE CDRF BOARD OF DIRECTORS, AND MANAGED BY CDRF.