CA’s Dairy Farmers on Their Way Toward Planet-Smart Goals 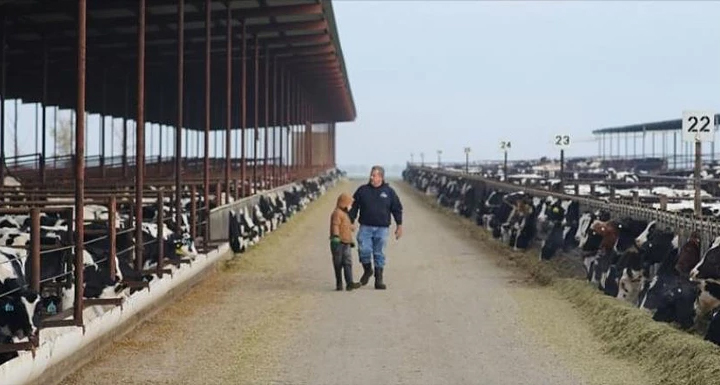 California’s dairy families are world leaders in planet-smart farming. As Time magazine put it, “California already has a Green New Deal,” and it includes the state’s family dairy farms. Through a collaborative effort, the state is working to demonstrate dairy’s important role in a low-carbon future—nourishing a growing population while ensuring the health of people and our planet. Dairy farmers are not only reducing their dependence on fossil fuels, but also working to reduce methane emissions to unprecedented levels. Great progress is being made to tackle the state’s ambitious dairy methane reduction goal.

Reductions are being achieved largely through the state’s incentive programs—the Dairy Digester Research and Development Program (DDRDP) and the Alternative Manure Management Program (AMMP)—with funding from California’s cap-and-trade program. A total of 64 grants for dairy digesters totaling $114 million have been awarded, with projects either operating or under construction. An additional 17 dairy digesters are currently operating in California. The AMMP has awarded a total of $31.2 million for 57 projects. Through the DDRDP and AMMP, an estimated total of 28.5 million metric tons of greenhouse gas emissions will be reduced over the next 20 years. Ninety percent of those reductions will come from dairy digesters while 10 percent is expected to come from alternative manure management projects.

Both the dairy digester and alternative manure management programs are among California’s most cost-effective strategies to reduce greenhouse gas emissions.

Both the DDRDP and AMMP are among the most cost-effective of California’s 60 climate investment programs. According to the March 2019 California Climate Investments Report, the DDRDP ranks second in cost-effectiveness, providing one ton of greenhouse gas (GHG) reduction for every $9 invested by the state. The AMMP follows as the seventh most cost-effective, providing one ton of GHG reduction for every $43 invested by the state. Other programs costs as much as $1,000 to more than $4,000 per ton of GHG reduced. Private dollars are matching the grants on a heavy two-to-one basis. Later this year, the California Department of Food and Agriculture (CDFA) anticipates awarding a total of up to $94 million—the same amount that was awarded in 2018—which will likely be able to accommodate more than 40 projects in each of the two programs.

The state’s dairy digester projects continue to demonstrate versatility in their ability to meet clean-energy goals. Earlier projects were built to generate on-site electricity, which is sold to local utilities. Since 2017, the state has been investing in digesters that create renewable natural gas, which is cleaned and conditioned and then injected into pipelines for use as transportation fuel. These projects are being built in clusters, meaning that dairies located close to one another share a centralized cleaning and conditioning facility—making projects more cost-effective, especially for smaller farms.

While the recent focus has been on transportation fuel, dairy biogas can be used in numerous ways. New pathways continue to emerge. The most recent is the use of fuel cells to produce electricity for electric vehicle charging. Whichever direction California’s use of dairy biogas continues to evolve, the certainty and stability of credits, including the Low Carbon Fuel Standard (LCFS) will be essential in ensuring long-term financial sustainability.

California’s dairy families anxiously await the announcement of 2019 grant recipients, to know if they will soon be able to implement new technologies and do their part to fight climate change. CDFA anticipates announcing 2019 awardees for both AMMP and DDRDP in August. Future funding allocations will determine the pace of continued progress toward the ambitious goal of reducing dairy manure methane emissions by 40 percent below 2013 levels by 2030.

As setting aspirational climate goals continues to be a topic of conversation here, nationally, and abroad, it is important to take note of California’s success and challenges to date. Our family dairy farms are demonstrating exceptional progress not only in manure methane reduction, but also in their work to improve air quality, promote water conservation and protection, and reduce reliance on fossil fuels. Dairy leaders look forward to once again welcoming regulatory officials, researchers, technology providers, and other stakeholders to meet with farmers at the second California Dairy Sustainability Summit, which will take place March 25-26, 2020 in Sacramento. More will be accomplished between now and then, and well into the future, as California’s dairy farmers help the state meet its climate goals and serve as global leaders in planet-smart farming.

California dairy families are leading the way for planet-smart farming.