Precision and Accuracy of Cow-Side Tests for Quarter 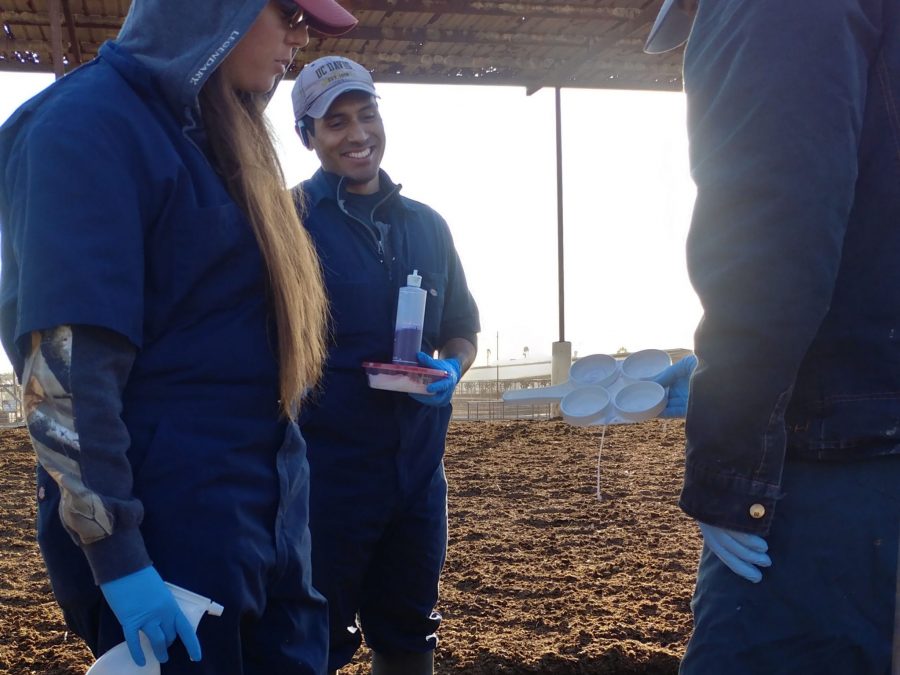 • Cow-side tests that predict somatic cell count (SCC) are quicker and relatively cheaper than milk cultures for testing for mammary infections, but their predictive power relative to milk cultures was unknown.

• This research study compared six cow-side tests in a farm setting and determined that the “RT10 SCC tester for iPhone 5” performed best (i.e., closest to the gold standard method).

• Using a cow-side test that can identify mammary quarters with high SCC will reduce treatment for non-infected quarters and reduce antibiotic use. The use of accurate, quick, and cost-effective cow-side tests can also save producers time and money.

Mastitis is one of the costliest and most prevalent diseases in dairy cattle herds. Somatic cell count (SCC), representing the total count of immune cells in milk, is a well-established metric to indicate mammary infection. Cow-side tests that predict SCC are quick and relatively cheap compared with milk cultures or the cost of blanket antibiotic therapies. Researchers hypothesize that the use of selective dry cow treatment could eliminate up to 60% of antibiotics used for dry cows without adversely affecting milk production or health outcomes. To accomplish this, a reliable fast test is needed to identify dry cow treatment needs.

The objective of this study was to determine which cow-side tests were better predictors of individual quarter SCC for reduced treatment of non-infected quarters, reduced antibiotic use, and decreased costs associated with mammary treatments at cessation of milking.

For SCC below 200,000, the RT10 best predicted SCC when compared to the Combi SCC test and was one of the cheapest and fastest tests evaluated. However, for SCC over 200,000, the RT10 meter tended to under predict SCC. Another drawback to RT10 is that the current version needs to attach to an iPhone 5 which can be difficult to find. Hopefully this will be updated.

The second and third best meters were the Portacheck (PC) and the DeLaval cell counter (DCC), respectively. However, these are both less than ideal for on-farm use as the PC meter takes longer to run than most other meters (5 minutes) and the DCC was large, cumbersome, and expensive.

Of the meters tested, RT10 was best at predicting SCC. Ideally, the manufacturer will produce an updated version that will work with newer iPhones and other brands of smartphones to increase accessibility. Using a cow-side test that can quickly and accurately identify mammary quarters with high SCC will reduce treatment of non-infected quarters and reduce antibiotic use. These findings can help consumers maintain confidence in dairy products as healthy and safe foods, while also helping producers reduce costs and the need for medical interventions.