Richard Wagner Retires from the CDRF Board of Directors, Josh Zonneveld voted as new Chairman 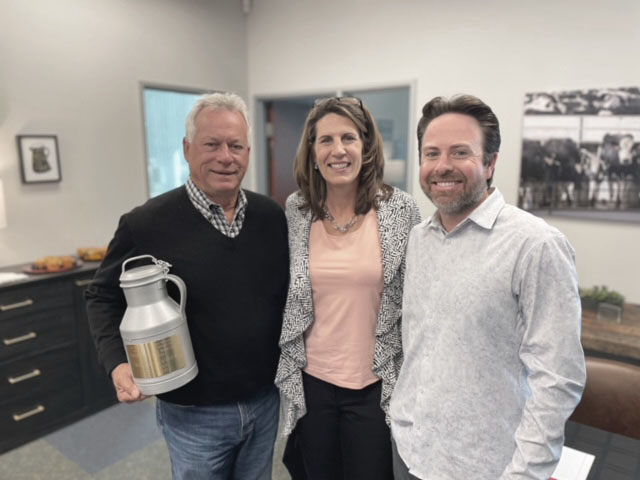 Richard Wagner, on March 16, retired from the Board of Directors of the California Dairy Research Foundation (CDRF). Rounding out a decade of industry service through his participation on the Board, four of them as Chairman, Wagner opened the March 16th meeting with gratitude that the meeting was able to be held in person and shortly thereafter announced he would be retiring from the Board as both a member and Chairman.

As the meeting progressed, a new slate of Officers was chosen, and dairyman Josh Zonneveld accepted his election to Chairman. The Fresno County owner/operator of Zonneveld Dairies (established in 1968 by Zonneveld’s grandfather) has previously served on the California Milk Advisory Board of Directors as both a member and Chairman. Zonneveld joined the family business in 2005 and has been a member of the CDRF Board of Directors since 2019.

California is the nation’s leading producer of fluid milk and has established itself as at the forefront of sustainable, climate-smart dairy practices. Dairy research is essential to the continued innovation of California’s thriving dairy industry.