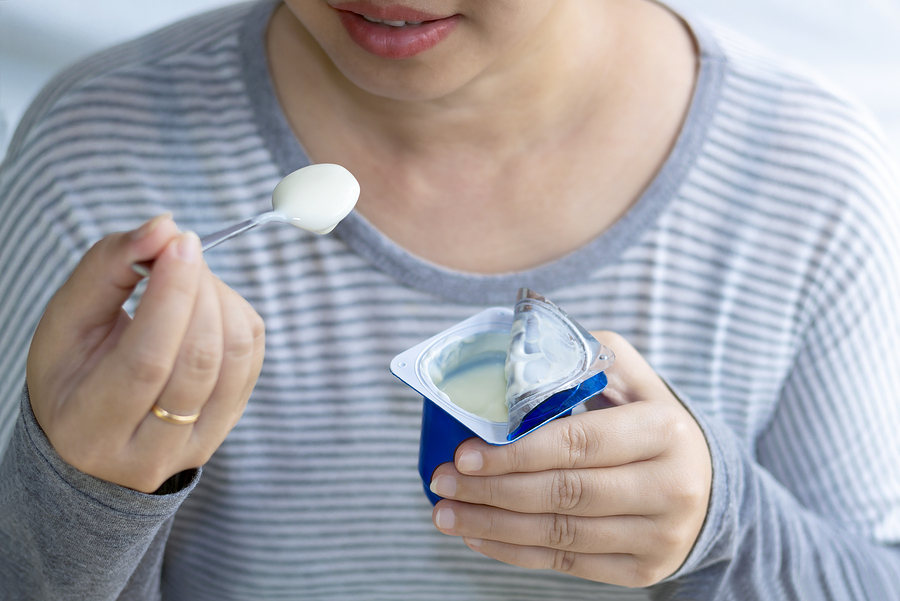 Genghis Khan supposedly believed eating yogurt instilled bravery in his warriors, and in the Bible, Abraham’s longevity was attributed to his yogurt consumption [1]. Although there isn’t scientific evidence that yogurt encourages people to storm through Mongolia or helps them live to be 175 years old, yogurt does have numerous demonstrated health benefits that could influence both vitality and life span—it has been shown to reduce inflammation and improve gut and cardiovascular health [2], and dairy foods, including yogurt, are associated with improvements in insulin sensitivity and a lowered risk for type 2 diabetes [3].

These myth-busting properties of yogurt and dairy were highlighted in two new population-based studies [4, 5]. The first study [4] focused on the potential for dairy foods to influence cardiovascular health in patients who have suffered from a myocardial infarction (MI, more commonly called a heart attack). In healthy patients, dairy food consumption has shown either a neutral or favorable association with cardiovascular health [6], but the influence of dairy foods on heart health was unknown for individuals that had alterations to their cardiovascular system due to a heart attack and who use medications, such as statins, to lower cholesterol and control inflammation.

The study followed 4,365 Dutch men and women between 60 and 80 years of age for 12 years. All participants had suffered an MI no more than 10 years from the start of the study. At enrollment, patient diet over the previous month was assessed with a food frequency questionnaire (FFQ) that included 42 dairy items (including plain yogurt, hard cheeses, fermented dairy, and milk). The Dutch team took a food matrix approach and focused on frequency of consuming whole dairy foods, rather than calculating daily intakes of individual nutrients, such as saturated fat. Nutrient interactions in the dairy food matrix can have important implications for cardiovascular health [4]. For example, a cup of low-fat yogurt contains two grams of saturated fat, which is usually considered bad for heart health. But in dairy foods, that saturated fat is delivered in the milk-fat globule, which is metabolized differently than sources of saturated fat such as red meat or palm oil and is digested alongside fat-binding calcium and high-quality proteins. Yogurt also provides probiotics that influence the nutritive and bioactive properties of other ingredients, such as increasing the bioavailability of calcium [7].

Study participants who consumed more than 50 grams of plain yogurt per day (about 0.20 cup), regardless of fat content, had a lower risk of mortality due to cardiovascular disease (CVD) and a lower mortality risk from all other causes of death (except ischemic heart disease) compared with participants that consumed less than 25 grams of yogurt per day [4]. The researchers also found that every 25 grams per day increase in yogurt intake was associated with a 4% lower risk of CVD mortality over the 12-year study period [4]. To put these findings in perspective, a single serving container of yogurt from the grocery is usually between 150 and 200 grams. The amount of daily yogurt consumption needed to show an effect on cardiovascular health and mortality was quite small—spoonfuls rather than full cups.

On the other hand, total milk consumption showed only a neutral association with CVD and all-cause mortality. Although not as significant as the association with yogurt, total fermented dairy product consumption tended to be associated with lower mortality risks [4]. Taken together, these findings suggest that the heart-health benefits are likely the result of probiotics working in the dairy food matrix, particularly those found in yogurt.

The Dutch study did not measure specific markers of immune function or inflammation in participants, but several intervention studies [8-10] previously demonstrated an association between yogurt consumption and chronic inflammation and suggest a potential pathway for improved CVD health. Lowered levels of inflammatory markers, such as IL-6 and TNF-a, could provide protective effects on the cardiovascular system in much the same way as statins or other medications with anti-inflammatory effects that are regularly prescribed after a heart attack [4].

The second population-based study [5] highlights other potential pathways for improved health. In this study, researchers compared self-reported dairy consumption (via an FFQ) from 1,833 Spanish participants to their plasma metabolite profiles, with the goal of identifying dairy-specific metabolites. Microorganisms in the gut help with food digestion and produce metabolites—small molecules such as amino acids or fatty acids—when they break down carbohydrates, fats, and proteins. Although produced in the gut, these metabolites can have physiological actions throughout the body, including influencing cardiovascular health and insulin sensitivity [5].

The research team identified 38 dairy-specific metabolites [6]. Of these 38, three (C14:0 sphingomyelin, C34:0 phosphatidylethanolamine, and γ–butyrobetaine) were highlighted for their consistent association with both total dairy intake and specific dairy foods, including yogurt. Using statistical models to create a metabolic profile “score” for each study participant (and controlling for other diabetic risk factors), they found that a higher total dairy intake-related metabolic score was associated with a lower risk for type 2 diabetes [5].

These 38 metabolites could be biologically relevant to understanding the roles dairy foods play in type 2 diabetes, cardiovascular health, and perhaps even cancer. Are they involved in reducing inflammation or enhancing the immune response? Do they influence how insulin is moved in the body and taken up by cells? Do probiotics from yogurt and other fermented dairy foods augment the production of metabolites that have protective effects? Genghis Khan was not thinking of the way that yogurt’s ingredients interacted with one another and with the gut microbiome, but research that does take this perspective could potentially make sense of his mythical musings and help inform dietary guidelines to improve health outcomes.